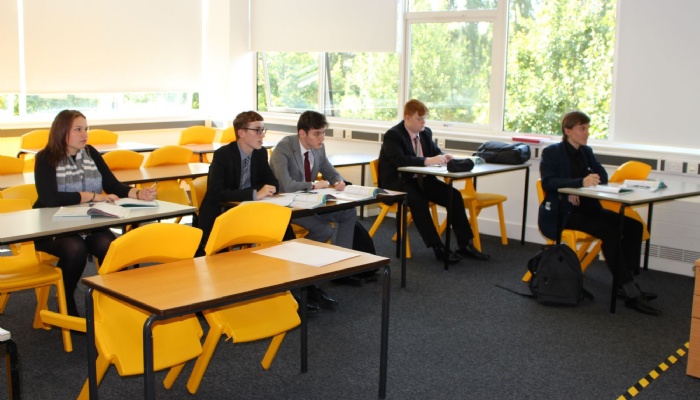 An increasing number of sixth form students are opting to study maths at A level, with TCA seeing its largest ever cohort of further maths students this year.

One of the driving forces behind the trend was the introduction of GCSE further maths last year, which provided Year 11s with a bridging course to further maths, as well as stretching our higher-ability students. All students who completed the qualification then went on to take further maths at A level. Around 20 current Year 11 students have been offered the opportunity to take GCSE further maths.

This year, TCA boasts the largest further maths group since the subject was introduced at the academy. In addition, the number of students taking A level maths has doubled. It means that nearly 50% of Year 12s are maths students.

Head of Maths, Ms Timothy Nicholas, said she was delighted to share her passion for the subject with a growing number of students.

She said: “I strongly believe that it is important students see the real-life connections of what they learn in their maths lessons, as maths forms the basis of subjects like physics, engineering etc. This helps them to have a deeper understanding of the subject and develops their love for the subject.”

A number of this year’s A level maths students gained places at some of the country’s top universities, including the University of Liverpool.