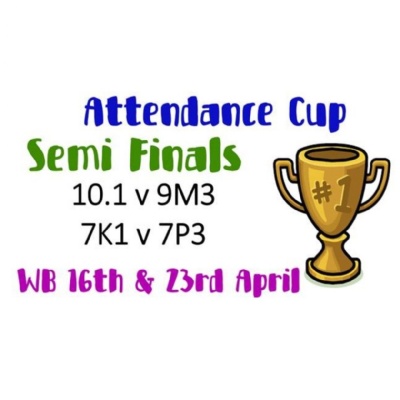 Four tutor groups are going head-to-head this week and next to try to secure a place in the Attendance Cup grand final.

The competition, which was launched in November, has seen forms competing against each other to see who can achieve the best attendance over the course of a week.

Those with similar levels of attendance have been pitched against each other during the competition.

The winners of the final in May will be rewarded with a laser-tag party at Play2Day in Wisbech.

Amy Anderson, Raising Standards Leader for Year 7, said: “It's been good to see tutor groups pulling together to try to beat their opposition and get themselves through to the next round.”